skip to main | skip to sidebar
Ballad of Jamie Allan is a folk opera by the composer John Harle, with a libretto by Tom Pickard who has written a book of the same name. The opera premiered at The Sage Gateshead in 2005 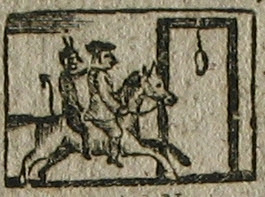 Ballad of Jamie Allan recounts the true adventures of an eighteenth-century gypsy musician who lived on the English–Scottish Borders and died in Durham jail, serving a life sentence for stealing a horse. Though once patronized by dukes and earls, Allan lost their support as his wayward behavior began to exceed their own.

Drawing on newspaper accounts and court depositions, Pickard's book brings the ballad tradition of stark reportage to life with his own genius for the form. Through the words of his cohorts and contemporaries, Allan emerges as a spirit of the Borders, that wild and historically lawless region where rivers and fells set the stage for his captures and escapes.

'the most thrilling poetry of book I’ve read in quite a while'. Ange Mlinko Poetry Foundation

BOJA was a finalist for the National Book Critics Circle Award for Poetry 2008. Read NBCC review by Oscar Villalon. 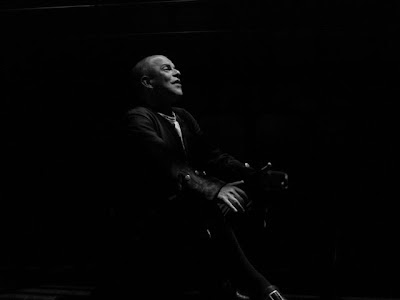 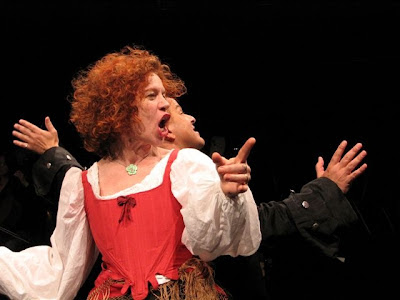 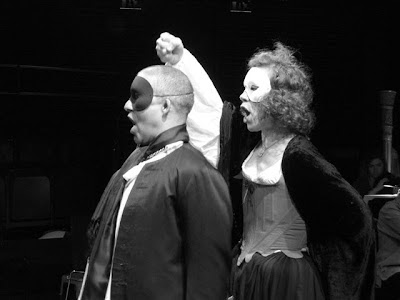 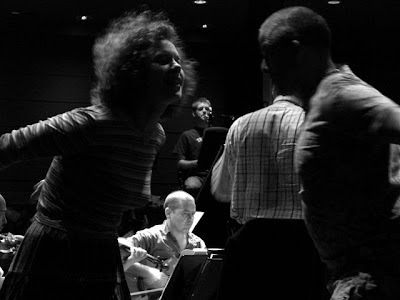 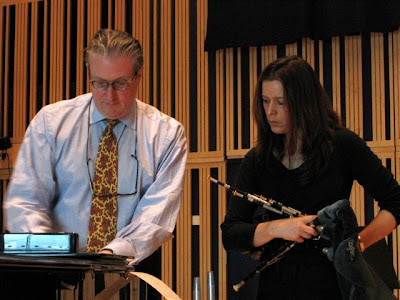 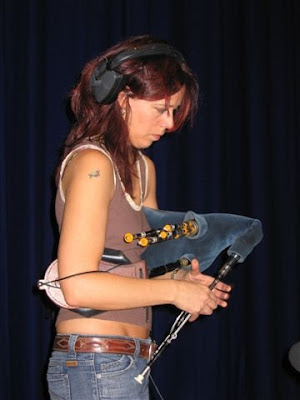 This work, commissioned by the Sage, promotes the shiny new armadillo on the banks of the Tyne by taking a backwards glance at tougher times. Jamie Allan - famed piper, gypsy, serial army enlister and deserter, horse thief, and jailbird - had all the qualities that ensured notoriety. He followed the Romantic template of being mad, bad and dangerous to know, his talent appealed to rich benefactors like the Countess of Northumberland, and his life provided a cocktail of stories, gypsy lore and landscapes that prompted three rather fanciful biographies within eighteen years of his 1810 death in
a Durham prison cell.

Tom Pickard's libretto makes fine use of this material, selecting key
moments from Allan's life to create a portrait of the artist as an outsider (something with which he appears to have great empathy). The piece opens with the eponymous hero, played superbly by baritone Omar Ebrahim, declaring "I am the gypsy piper", with the hangman and the devil always on his tail.

Much of the story is told retrospectively from the jail: Pickard leaves the audience in no doubt that this is a doomed existence. Even the performance area in the round is marked off by tarot cards. A recurring motif of the wind blowing through the cracks in his cell is powerful imagery: it speaks of Northumbrian fells and of the wind blowing through the reeds of the pipes.

The Northumbrian pipes in this case are played by one of the Sage's main "faces": Kathryn Tickell. Even without her history of collaborations and the obvious marketability of her presence, she is a piper who is unafraid to stretch boundaries and break rules with blue notes and chromatic runs: highly appropriate, then, to represent Allan. The pipes' solo interludes - many of them slow airs and laments - are accompanied by atmospheric pictures of the Northumbrian landscape on a screen behind the orchestra, which also provides the narration and illustrations from contemporary accounts of Allan's life. This imaginative and effective use of the new building's
multi-media facilities did however raise the question of why the chosen narrator was Scottish rather than North Eastern.

Anyone expecting a light-hearted eighteenth century romp might find this piece far darker than they anticipated, although there are lively songs, like the fast patter recounting Allan's army exploits; and the horse-stealing song "Hey Up!", which introduces Jamie's wife, played by the unfeasibly deep-voiced Sarah Jane Morris (of Communards fame). Perhaps dictated by the fixed pitch of Northumbrian pipes, much of the female vocal part is in a low register even for Morris and, at least in the first half of the performance (after which the amplification appeared to have been adjusted), her voice was sometimes hard to distinguish from the orchestra. It is a wonderful, earthy sound, though, especially in her duet with guitarist Neill MacColl (son of Ewan and Peggy), "The Sound of Deep Water".


The mix of musical styles, from modern opera, through more predictable filmic passages, to the folk elements provided by Tickell and MacColl, are part and parcel of the Sage's remit, and they are deftly handled by the Northern Sinfonia under the direction of another locally born lad, composer John Harle. His score is varied but maintains coherence, with great harmonic movement under the traditional style tunes. This is hardly surprising, as he has worked with several of this team (Morris; MacColl; and keyboardist Steve Lodder) before, as well as having already explored this kind of material in 2004's tribute to East Anglian folk singer Harry Cox,
"The Black Velvet Band".

The choreography and staging, by Micha Bergese, completes the overall
impression with powerful stylized moments, such as when the two protagonists don masks and become judge and jury who bay for this "desperate reprobate" to swing. Pickard injects some social commentary into this: "For Dukes and Earls he played; But he's dying in a cell the Dukes and Earls have made", and the screen juxtaposes images of an overfed judge with a starving convict. And he flags up the irony of Allan's pardon arriving six months after the pathetic death in jail of an old, frail man.

But the key relationship in this opera is not between Allan and the gentry, but between Allan and his wife, who also happens to be his niece. Tricked into marriage at sea, she nevertheless comes to love him, and the libretto tracks how the glamour of his lawlessness tarnishes until she eventually is brought into such poverty and desperation that she has to throw him out. If Allan was a victim, then she was doubly so. A piped lament and imagery of lonely hawthorns and "bleeding heather" make for a bleak ending, but the
finale turns out to be a celebration of the fact that "I die in Durham jail but will not be forgot", and the closing song is the most upbeat piece of all, pure period pantomime with fast piping, a danced reel, and audience participation in a catchy, almost music-hall chorus, "The wind sings Jamie Allan, O!". It only remains to be seen whether anyone else will sing "Jamie Allan, O!": just two performances would sell the piper and this piece short.

John Harle's name is synonymous with new and innovative musical ideas and projects across many genres. He is known equally for his work as pioneer saxophonist in the concert hall and for his bold compositions; vividly intermingling the materials of jazz, rock, classical music, electronics and opera.

He is also a conductor, musical director and producer in a variety of fields, covering artists as diverse as Paul McCartney, Elvis Costello, Moondog, Ute Lemper and Lesley Garrett.

As well as poetry Pickard has complied books of oral history and has directed and produced a number of documentary films.

The colourful life of the border gypsy Jamie Allan was resurrected in a world premiere at the Sage Gateshead - on what could have been the very spot where he he stole the horse that led to his imprisonment and death in a Durhan gaol in 1810. Just as the Northumberian piper had packed so much into his long life, so Newcastle-born saxophonist and composer John Harle managed to fit about every musical style and theatrical device into the folk opera. Northern Sinfonia performed the Ballad of Jamie Allan, with the catchy libretto by Tom PIckard. Kathryn Tickell composed some magical passages on her Northumbrian Pipes.

Jamie, who became a legendary rogue and talented musician patronised by the aristocracy, was portrayed with penertrating insight by the charismatic baritone Omar Ebrahim. He was perfectly counterbalanced by his consort Annie Bennet, played by jazz/rock/R&B singing star Sarah Jane Morris. Her command of the lower end of the register with her deep earthy voice was a treat, while both her and Ebrahim's tones were perfectly married on the duets. The score straddled several musical genres, with the ever-shifting tapestry threatening to overwhelm the senses at the times. The opera, supplemented by video and photographic footage from Tom Pickard, was challenging but rewarding. Jamie died a miserable death in Durham - his spirits would have been lifted by the spectacle.
Gavin Engelbrecht. Northern Echo